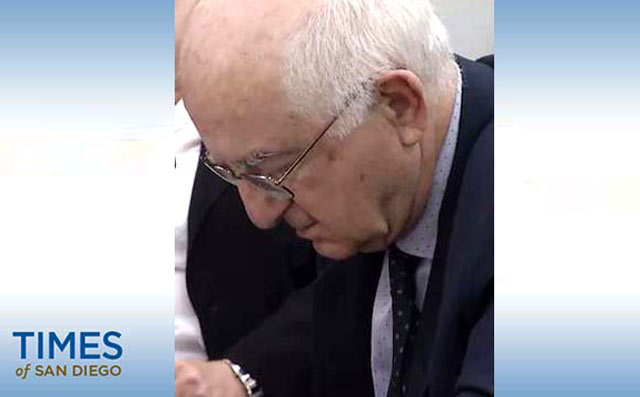 A former San Diego psychiatrist pleaded guilty Monday a felony charge of having sexual contact with seven female patients during office visits and a misdemeanor count of sexual battery for groping an eighth woman.

Leon Fajerman, 75, who operated a longtime practice out of offices in El Cajon, San Diego and Chula Vista, will be ordered to serve 365 days in custody and be required to register as a sex offender at a sentencing hearing Jan. 18.

Fajerman — who has been a licensed physician in California since 1978 — voluntarily surrendered his medical license in May, state records show.

According to documents filed with the Medical Board of California, seven female patients and the mother of a child he was treating accused him of forcibly kissing and groping them between the fall of 2016 and the summer of 2017.